We specialize in smaller group tours by boat, but with several of the same type of cabin boats, we can accommodate up to 54 passengers on the same tour. We have recently expanded with kayaks and stand-up paddleboards to offer unique experiences such as paddleboarding amongst icebergs or simply kayaking by Nuuk.

We have several Targas that are all heated cabin boats with a walkaround deck, ensuring that all passengers are comfortable and have great views along with our tours.

Our captains and guides are all locals providing you with great service and extensive knowledge of the area’s natural and cultural history.

The Nuuk fiord is rich in stories from the first Inuit settlers 5000 years ago, to the Norse population as well as being the birthplace of modern Greenland too. The sea and land are rich in wildlife, and we’re lucky enough to be the only place in Greenland where humpback whales are protected. Besides them, caribou, foxes, puffins, white-tipped eagles, and seals populate the area.

One of our most popular tours involves catching your own fish and having it skillfully prepared by a chef at a restaurant the very same evening – it doesn’t get fresher than this.

We’re also highly experienced in tailor-made tours or helping out for specific tasks such as film crews, cargo delivery, VIP tours, shuttles to a city or settlement, science support, and much more.

Join us for your next adventure! 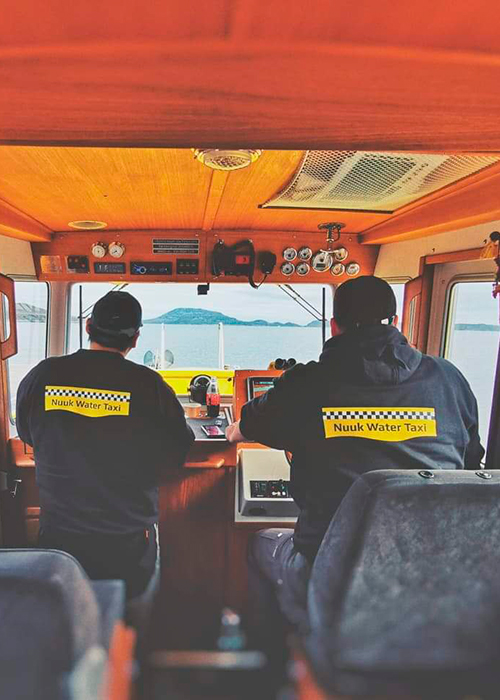 From a small one-man company to a public limited company

The story all began with a dream...